In February 2017 we were delighted to welcome Leona Jones and Penny Hallas as HYDRO artists in residence. Both explore themes of energy, industry and the environment in their artworks: they find the mini hydro sites, processes and ethos hugely exciting and are intrigued by the challenge of how to represent this in their artwork given that hydro electric systems are by their very nature largely hidden from view.

The initial research phase of their work will be to follow installation at the Blaen Dyar site and gather material related to hydro technology and the landscape in which it is situated. This will include sound recordings, film, photography, mapping and drawing, which they hope to develop into finished artworks at a later stage. 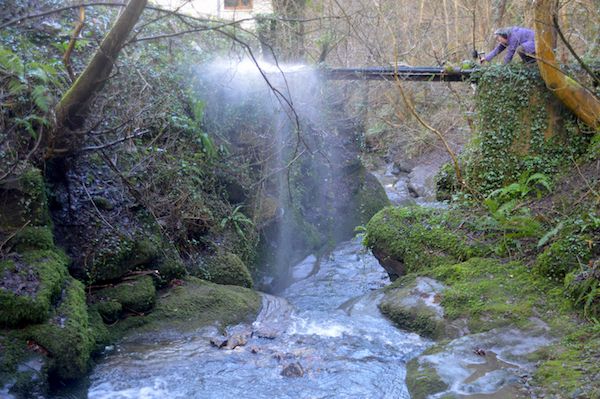 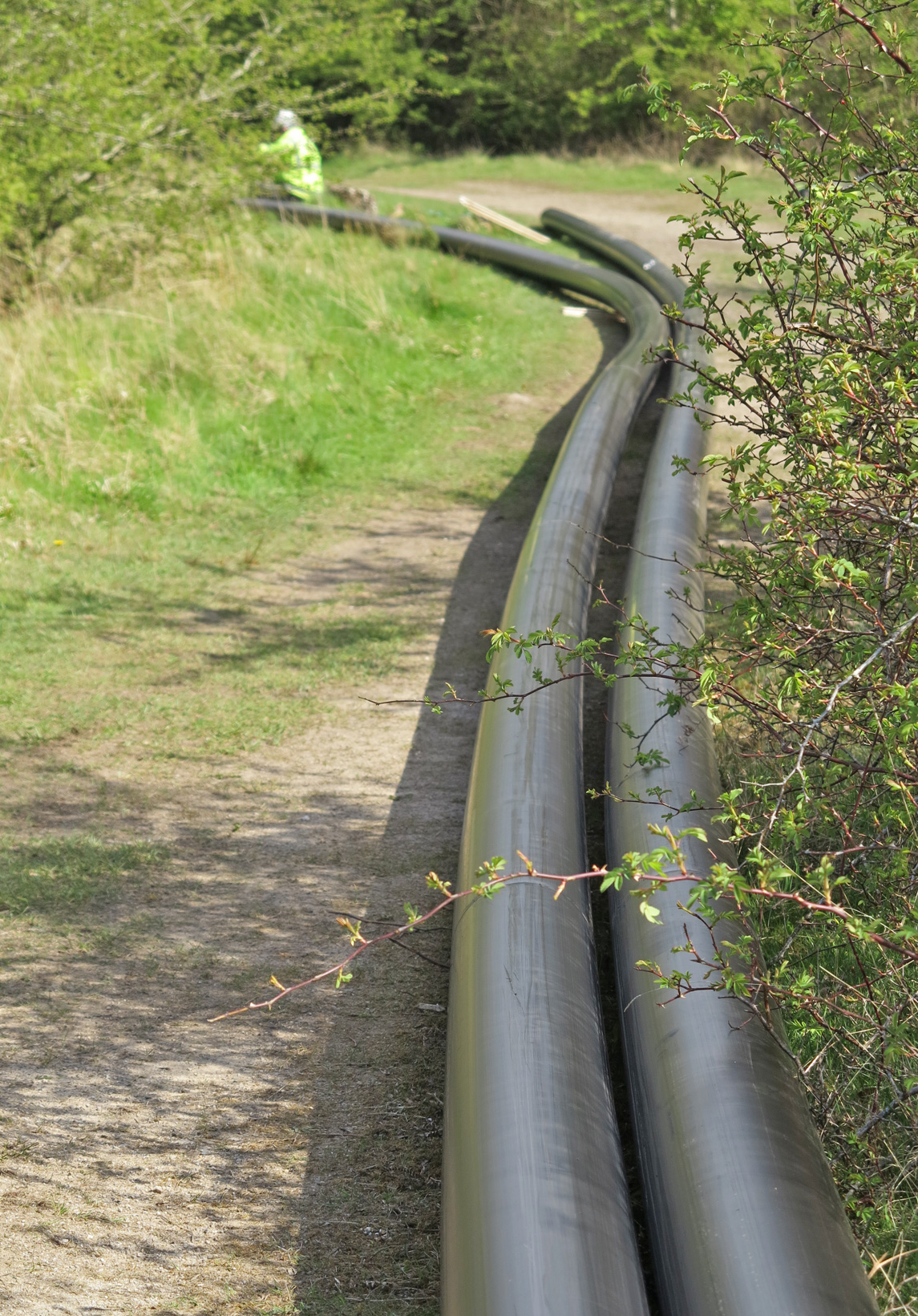 We have been on site at Blaen Dyar as construction there commences, observing the water pipes being delivered and joined before being winched into locations on the hillsides.  Positioning the pipes is a task that requires both brains and brawn, an understanding of the landscape, how the long pipes may move through scrub and trees, and where to position brakes in order to prevent them hurtling down the steeper inclines.  It’s been a fascinating time, watching them slither and snake through the landscape to their final positions. 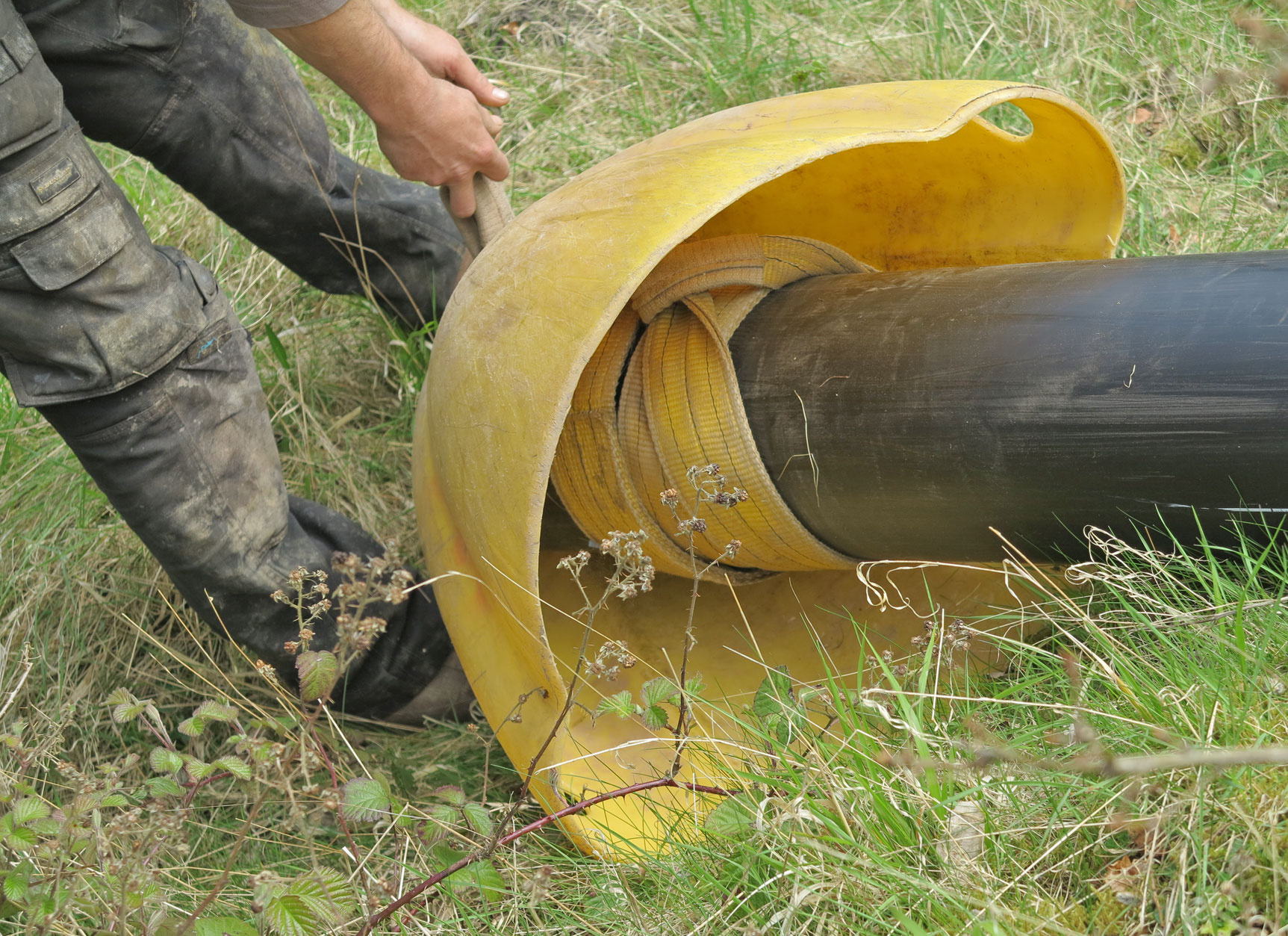 Exciting plans are coming closer to fruition for our partnership with LGV. Now Blaen Dyar is fully built and capable of generating (good downpours willing), the Board has approved funding for us to develop an audio/visual installation from the material we’ve gathered. It’s expected this will go on display around Easter 2018, probably in Crickhowell. In addition, match funding is being sought from an organisation that promotes partnerships between arts and businesses. If this is granted, we will, together with LGV, also be able to hold a celebration day for LGV’s 10th anniversary and the completion of five micro-hydro projects. Fingers crossed!

Following the successful funding bid with A&B Cymru, concrete plans are now underway for the audio-visual installation we’ve been working on through our partnership with LGV – part of next year’s 10th anniversary celebrations.  The photo you can see here is taken from one of the videos made as part of the project, and will be the central image used on publicity for the exhibition – as well as whetting the appetite for things to come.

The installation, to be situated in Oriel Cric Studio opposite the Tourist Information Office in Crickhowell, will be open each day from Saturday 14th April until Saturday 21st April inclusive.  A launch event will take place on the evening of Saturday 14th, and on the final day there’ll be extra attractions as well, such as walks around Blaen Dyar (LGV and artist-led) and talks.  Throughout the week there’ll be other chances to talk to both Leona and Penny about the project.

As an exciting addition, Penny and Jackie will be leading a walk on the footpaths around the Blaen Dyar site as part of the Crickhowell Walking Festival in February.  Full details of all these events will be available early in 2018, and we’ll be letting you know what’s going on through regular updates in this newsletter and on social media.  Looking forward to seeing you there! 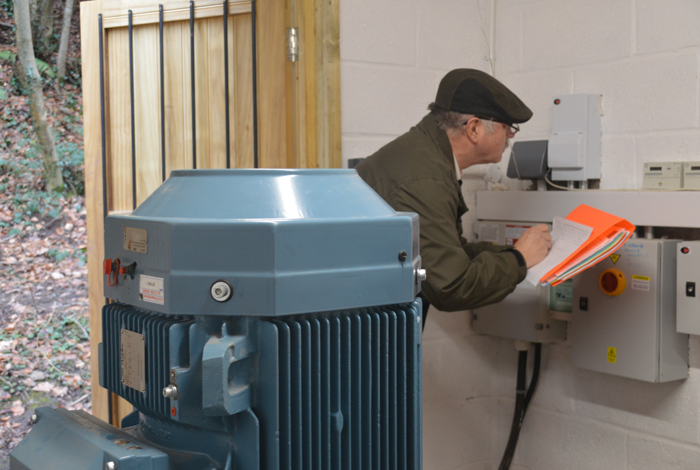 Plans are well underway for the audio/visual exhibition in CRiC Studio, Beaufort Street, Crickhowell in April.  Exhibition dates and times have been finalised, a launch event is being planned and the day of extra attractions is taking shape.   If you’d like to put details in your diaries, here they are:

More information about the launch and the day of events will be given once details are confirmed.

We’re delighted to report that Penny and Jackie’s walk at the Blaen Dyar site, part of the Crickhowell Walking Festival in February, is now fully booked.

It’s only a few weeks old but 2018 has already got off to a running start!

Artists in Residence are pleased to announce that as part of the annual Crikhowell Walking Festival,  a guided walk to Blaen Dyar will take place on Sunday 25th February to celebrate the artists’ work and LGV’s 10th anniversary.  Please note that this walk is now sold out.

re:Source – the newly chosen title for the audio/visual work – is now beginning to take shape, developing from the raw material gathered during construction.  Click here to see a portfolio of documentary photos taken over the past several months; copyright Penny Hallas and Leona Jones.

Jackie and Penny’s walk around the Blaen Dyar site, which was included in the Crickhowell Walking Festival on 24 February, was fully booked, which bodes well for the further walk planned for April. Feedback confirmed people appreciated the chance to learn more about micro-hydro and acknowledged the leaders’ thorough preparation beforehand.

And the final good news is that a joint bid between LGV and the artists (ably co-ordinated by Sue) to the Sustainable Development Fund of the Brecon Beacons National Park Authority was successful, so the installation’s hoped-for Launch Evening can now be confirmed.

Saturday 14 April is the date to remember as that’s the first day the doors of the exhibition are open to the public (from 10am until 5pm), and then the Launch Evening will take place from 6.30 until 8.30pm. Refreshments will be available in Cafe Latte Da and everyone is welcome, so please do come along and find out what all the hard work of so many people has achieved.

Penny and Leona have been honing visuals and audio for the past several weeks, and have now completed the final draft of the work.  They’ll be trying it out insitu at CRiC Studio in the near future, and the final tweaks will then bring the work to completion.

The walk held on 24th February will be repeated on 21st April, with a few additions and changes.  Light refreshments will be available after the walk in Clydach Community Hall, and full booking details will appear shortly on this page.

LGV volunteers will also be engaging with the public at the Tourist Information centre on 21st April, where Leona will be based all day.  It’s intended a video will be playing as a means of illustrating the construction process.  People will be directed to the exhibition from there, and anyone visiting the exhibition will be told about the chance to talk to Leona about the project and micro-hydro in the Tourist Information centre.

Publicity posters and postcards in Welsh and English have been collected from the printers and have begun to be distributed.  If you know of any outlets for them, please do contact Sue for copies.

Finally, the Launch Evening preparations, being co-ordinated by Sue, are also well underway.  Taking place 6.30 pm – 8.30 pm on 14th April in Latte Da, all are welcome to be one of the first to visit the installation and enjoy an evening of relaxed chat and refreshments. 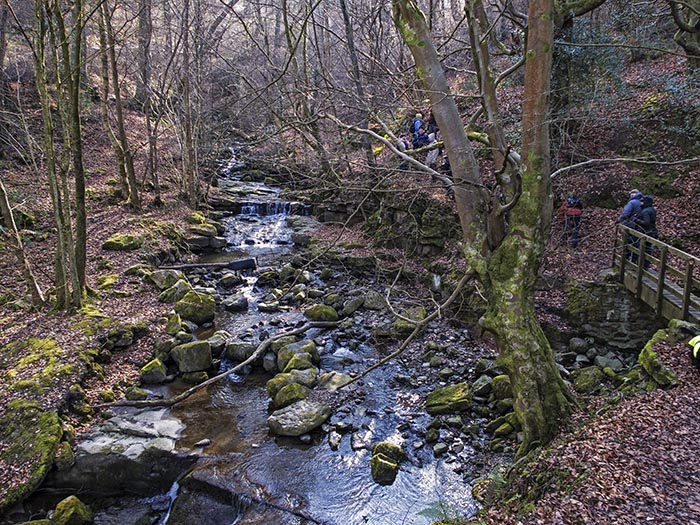 Please read our Walk Terms and Conditions before booking!

Book your free place on the walk here. 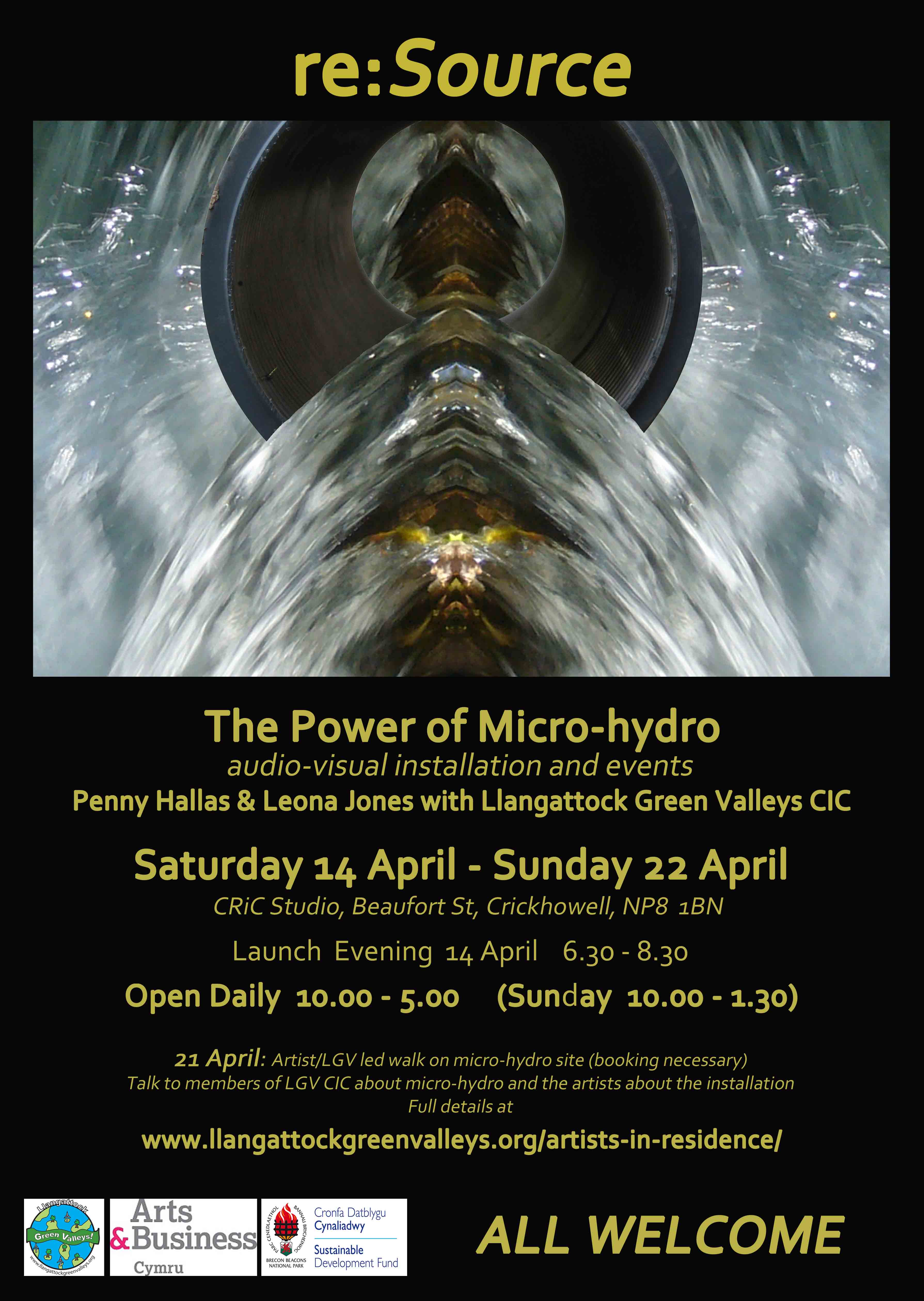